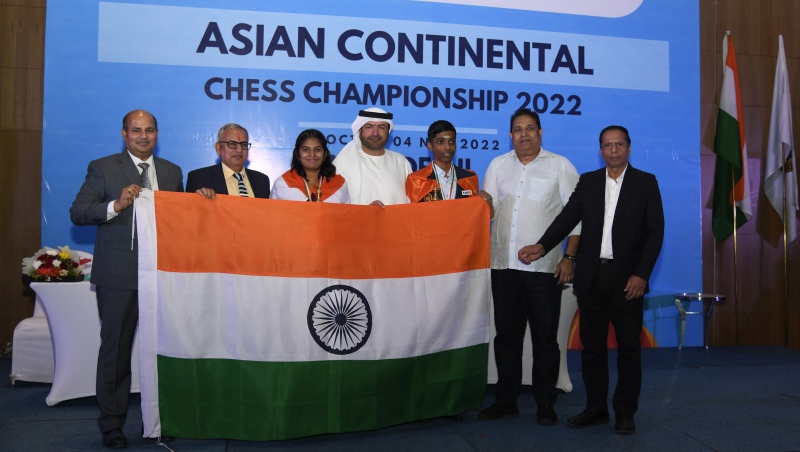 India dominated the 2022 Asian Chess Championship, which came to an end in New Delhi on November 3. Indian players swept the podium in both open and women’s sections, with Rameshbabu Praggnanadhaa and Pallathur Venkatachalam Nandhidhaa winning the titles. Both events were 9-round Swiss tournaments with classical time control.

The open tournament was a very close affair that came down to the wire. Suffice it to say that with just two rounds to go, there was a four-way tie for the first place, with six players sharing second trailing the leaders by a half-point. 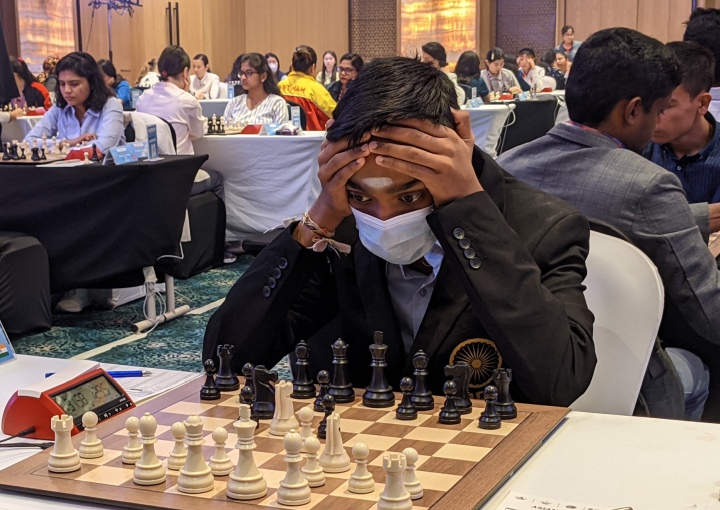 In the penultimate round, the top-rated player in the starting list Praggnanadhaa (pictured above) scored a crucial victory over Kostav Chatterjee and pulled ahead of his main competitions Shamsiddin Vokhidov and Harsha Bharathakoti, who faced each other and split a point. In the final round, Praggnanadhaa drew with his compatriot Adhiban and finished clear first on 7/9 as neither of his rivals managed to win.

As many as six participants tied for the second place, with Bharathakoti and Adhiban B taking silver and bronze, respectively, by dint of better tiebreaks. Interestingly, the top five finishers completed the event unbeaten.

The women’s event was a totally different scenario. The thirteen-rated Nandhidhaa P V (pictured below) grabbed the lead after Round 6 and never looked back. The 26-year-old from Tamil Nadu netted an impressive 7.5/9 and clinched the title with a round to spare. 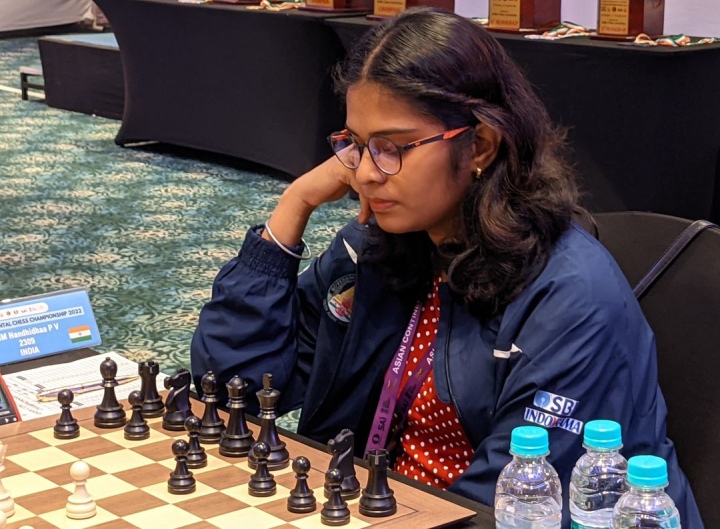 Priyanka Nutakki lost to the champion in the leaders’ clash, but by pulling off a very important win over Padmini Rout in the final round, she tied for second place with Divya Deshmukh and Vo Thi Kim Phung. The silver medal goes to Priyanka Nutakki, thanks to better Buchholz; Divya Deshmukh took the bronze.

The event also served as qualification for the next year’s World Cup with the top four players in the Open and two players in the Women category securing their berth in the World cup.

GM Rinat Jumabayev of Kazakhstan and Divya Deshmukh of India became the Asian Blitz champions in the open and women categories respectively. The blitz tournaments were held right after the final round of the main events. 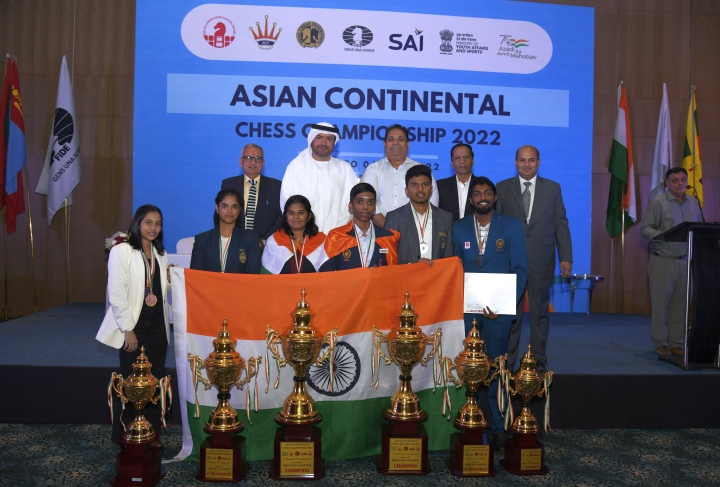