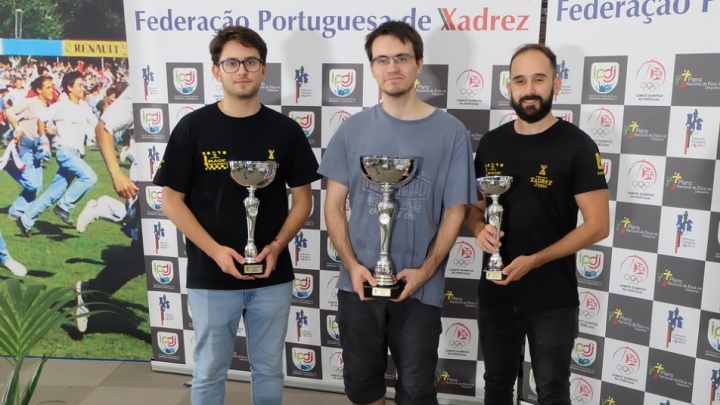 IM André Sousa and WCM Mariana Silva emerged as the winners of the 2022 Portuguese Championship, held at the Municipal Stadium of Leiria.

André Sousa (pictured below) claimed his fourth consecutive national title (and the fifth in six years), but it was not a smooth sail for him as the runner-up, young international master José Francisco Veiga stayed in the race until the very end.

At the start of the ninth and final round of a 10-player round-robin, Sousa was on 5.5 points and a half point ahead of José Veiga. Both played black, with José Guilherme Santos and Pedro Rego, respectively. Sousa missed a chance to win twice and had to work hard to secure a draw, but luckily for him, Veiga and Rego also split a point. 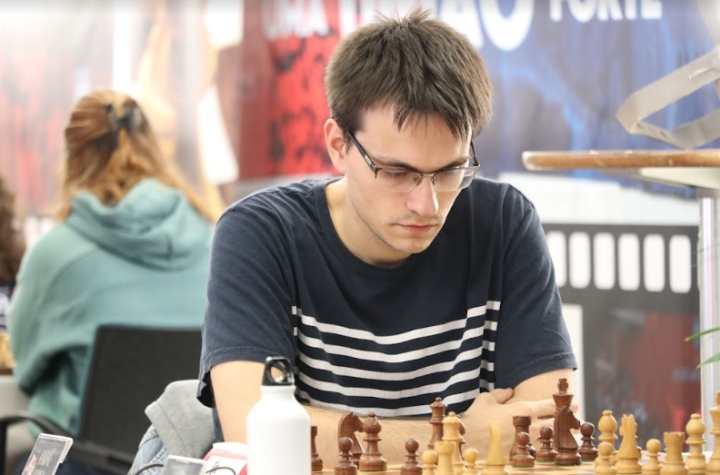 Pedro Rego scored 4.5 points and tied for third place with António Fernandes, but took the last place on the podium thanks to better with a better Sonneborn-Berger.

This champion title capped a successful September for André Sousa, in which he achieved the first grandmaster norm at the Maia Chess Open, and won the Portugal Open/Cidade de Lisboa.

The National Women’s Championship, a 5-round Swiss tournament, was an even closer affair. 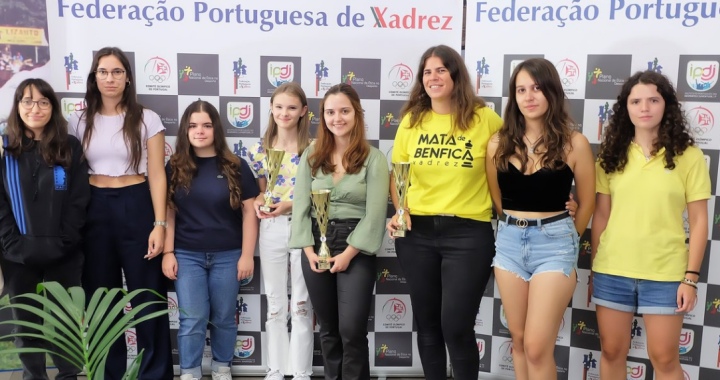 At the start of the fifth and final round, it was open as five players had a fair shot for the title. Sara Soares and Raquel Dique shared the lead, with 3 points, with Mariana Silva, Sara Monteiro, and Victoria Cymbron trailing by a half-point. 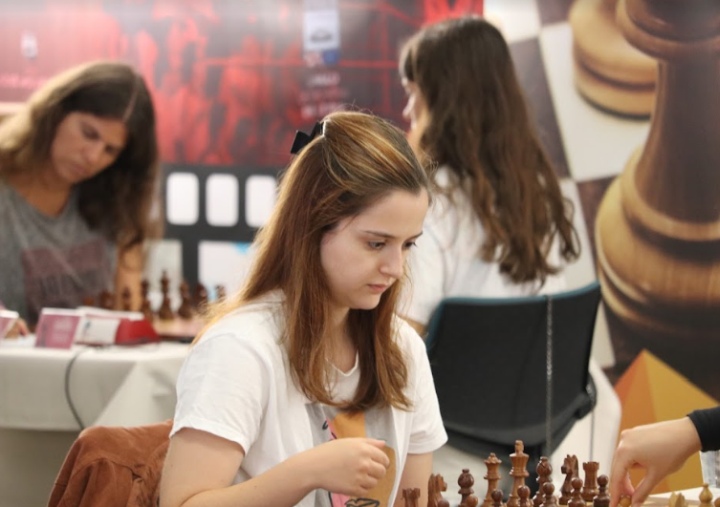 As a result, three players scored 3.5 points and tied for first place, but the Buchholz tiebreaker favoured Mariana Silva (pictured above), who claimed the title, second in her career.