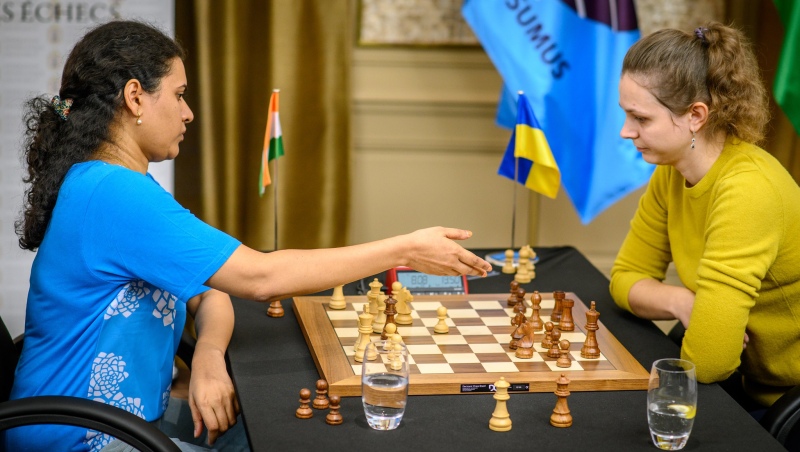 Anna Muzychuk narrowly defeated Humpy Koneru on a tiebreaker and advanced into the semifinals of FIDE Women’s Candidates. Four rapid games with the time control of 15+10 plus two blitz 5+3 blitz games in case of an equal score were scheduled between two opponents on October 30. If the score was still equal, then a certain number of 3+2 games would have been played until there was a winner.

The first rapid game was a pretty solid one, as there were no big swings of evaluation by chess engines. It was the same Petrov Defence as in their classical games, with Anna playing 3.d4. This time around, Humpy deviated on the move 5, exchanging the knights with 5…Nxd2. Humpy had an advantage on the clock and some pressure on White’s position, but it was not enough – the game ended in repetition on the move 32.

The second rapid game was also of very good quality as no player made obvious mistakes. Humpy deviated first from the game they played in the classical portion of the match with 6.Qa4+. After the queens exchange a few moves later, the opponents ended up in a balanced position and shook hands on move 34. 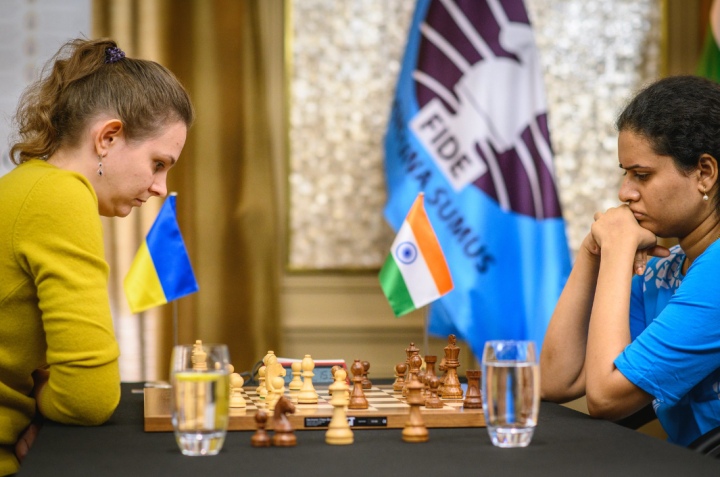 Things started to get messy in the third rapid game, where this time Anna tried a new move 10.Bf5, in the line of Petrov Defence from the first rapid encounter. It seems like Humpy’s 13…Bxf5 was not the best decision, and Anna got a superior position thanks to the open g-file. White quickly took control of the proceedings, but it was still a very complicated position. Apparently, Muzychuk missed with 21…Bxc3! that gave Black dangerous counterplay. Anna’s reaction was far from optimal, and Humpy grabbed the initiative but not for long.

A couple of mistakes from Koneru followed, and the pendulum swung again – Anna got an overwhelming advantage, but, short of time, she did not find a study-like win. 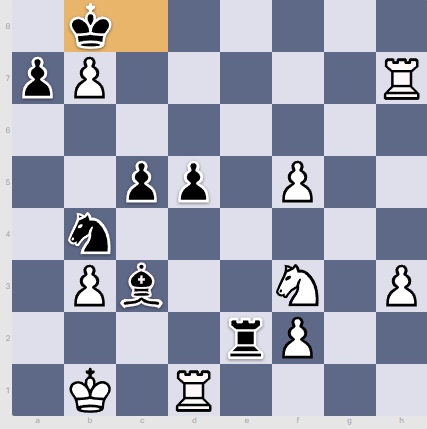 This tiebreak had a very dramatic finale in a situation when both players were under tremendous pressure. Playing with Black, Anna made a very interesting opening choice, sacrificing a pawn for the initiative. The game ended prematurely though, as Humpy blundered a piece: 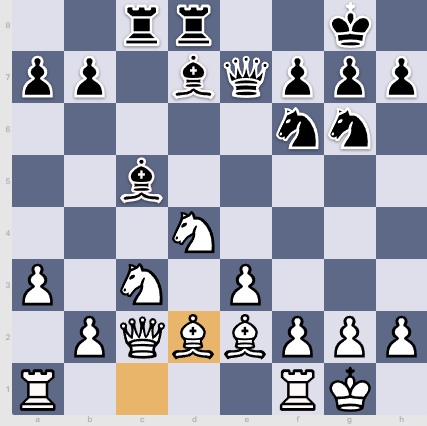 The match was extremely tense, with both players showing some amazing chess. One could be disappointed by a blunder that ruins five days of hard for five days, but competitive chess is cruel sometimes. Congratulations to Anna Muzychuk, who advances to the semis, where she faces Lei Tingjie. 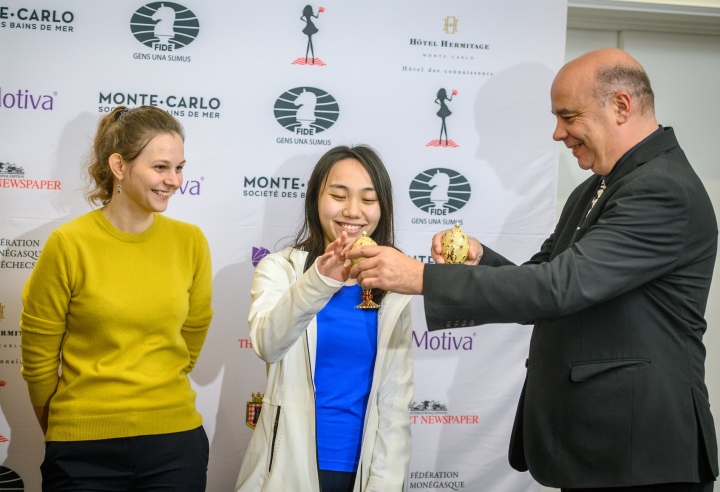 Right after the tiebreaker, a quick drawing of lots was held. Anna Myzuchuk will have white pieces in the first game of the semifinal.

October 31 will be a rest day, a well-deserved time for the players to recover from their tough matches. The semifinal will start on October 1 at 15:00 CET.