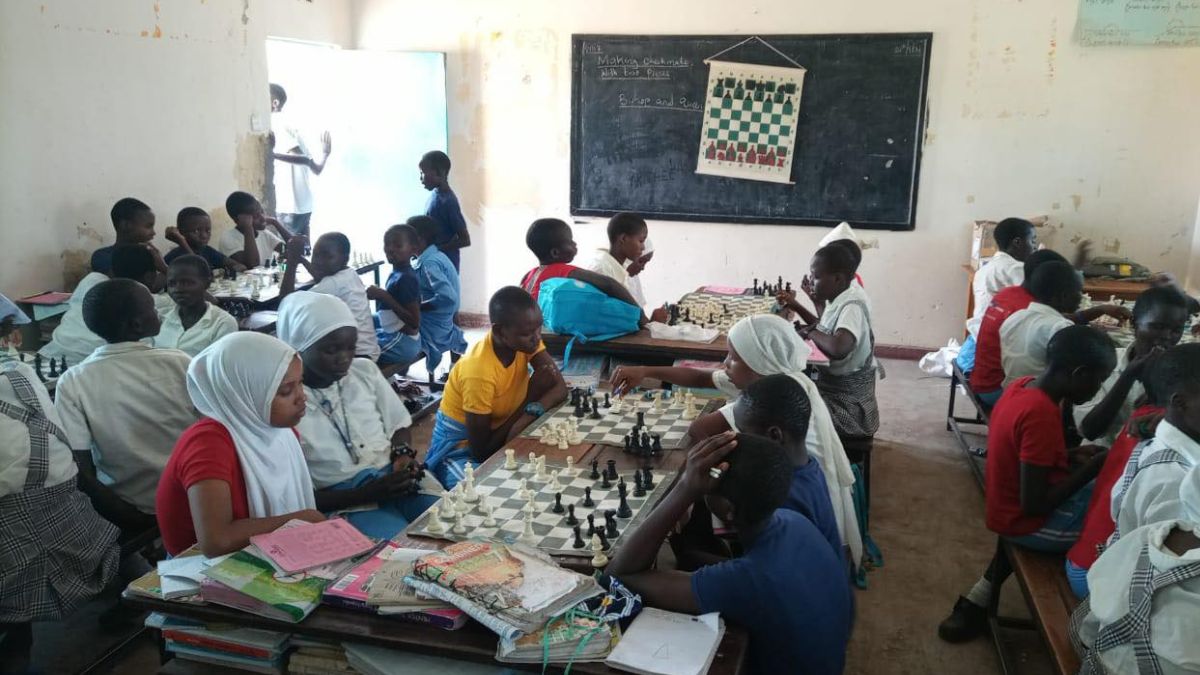 Chess for Refugees — an ongoing FIDE project run in the Northwestern region of Kenia — kicked off in August 2021. Its main activities are located in Kalobeyei refugee settlement, some 15 kilometres west of the main Kakuma camp, established to host unaccompanied minors who had fled the war in Sudan and from camps in Ethiopia. The camp is situated in one of the poorest counties in Kenya. Eight Kalobeyei primary schools participate in the project with 50 learners each, of whom the majority are girls.

The Girls Club “Chess for protection” was launched by FIDE and UNHCR as part of the Chess for Refugees programme. Its goal was to offer valuable educational activities to refugee girls who would typically have stayed home to carry out daily chores like cooking and cleaning. The project started in Angelina Jolie primary school in Kakuma with an attendance of 40 students. Now it is run in 3 girls boarding schools in the region, with 150 refugee schoolgirls participating.

“The idea of the Girls Club “Chess for protection” was born around two years ago. It is very important for girls in difficult life situations to meet role models and professional chess players and understand how important chess could be in their lives. Through chess, they can learn a lot of interesting things, find new friends, develop their logical thinking and other skills that can be very useful in their lives,” says the leader of the Girls Club “Chess for protection”, WIM Anastasia Sorokina. 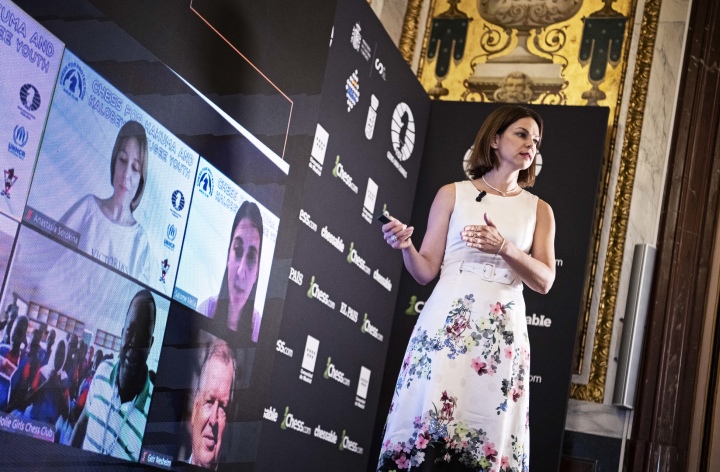 Female students attend online lessons by WGM Anastasiya Karlovich (UKR) and IM Salome Melia (GEO). Held once a week, these meetings are not only about chess. The vision is not just to improve the chess skills of refugee students but to spur creativity and broaden their horizons. The most important goal is a possibility for these girls to see, communicate and get support from inspiring role models. Through live communication, the project participants have a chance to develop personally and improve their problem-solving and decision-making skills.

“They were super excited to be exposed to chess, as they know they will benefit greatly from this game. And they have already experienced these benefits. Some of them were not doing well in mathematics, and after they started attending chess classes, they improved their calculation skills,”  says Kong’or Deng Maketh, the leader of chess for Kakuma and Kalobeyei refugee youth project.

Another ten schools in Kakuma will join the project later this year. By then, some 1600 children living in refugee camps will have participated and learned to play chess. 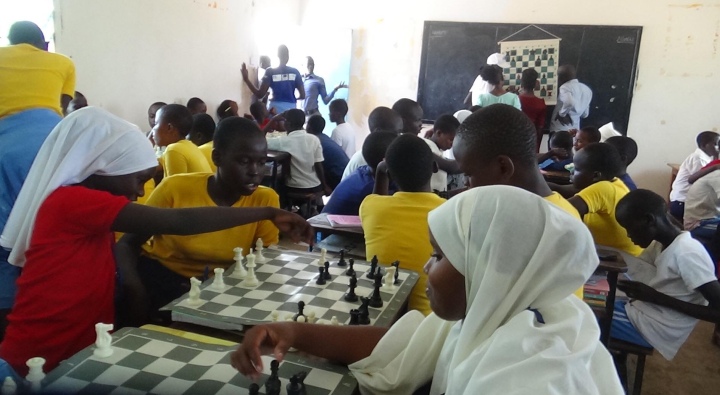 “The Kakuma and Kalobeyei project is FIDE at its best, with chess at the core of a very meaningful project affecting many young learners, of which a majority are actually girls. It has been great to work with partners like UNHCR, Chess Kenya and the Lutheran World Federation. We are currently working to make the positive impacts sustainable, with chess activity in Kakuma and Kalobeyei to continue also in the years to come,” adds FIDE Social Commission Chairman Geir Nesheim.

FIDE believes that education is a key for younger generations to obtain sustainable livelihoods and plan more similar projects in refugee settlements around the world to be launched in the years to come.