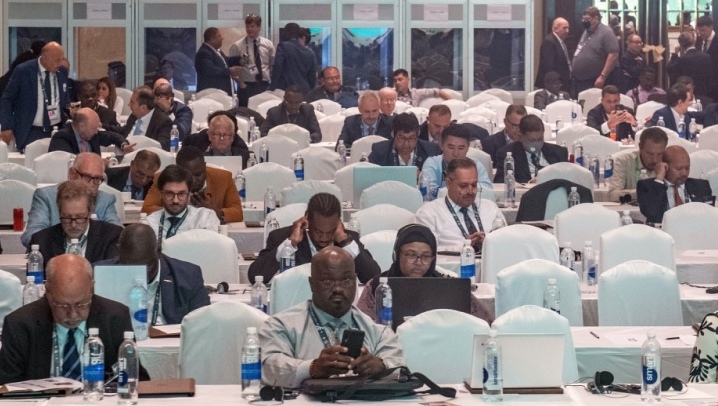 As it often happens, the FIDE presidential elections tend to overshadow everything else that happens in the congress. As everybody knows by now, Arkady Dvorkovich was reelected by a landslide vote (157:16), but there was much more to it than that.

Last but not least, the Council is completed with the Continental Presidents which, as of August 9, were Zurab Azmaiparashvili (Europe), Tshepiso Lopang (Recently elected as Continental President for Africa), Sheikh Sultan Bin Khalifa Al Nehyan (Asia) and Jorge Vega Fernandez (Americas). However, the Confederation of Chess for the Americas (CCA) will hold elections in October, while the Asian Chess Federation (ACF) will hold them in December. Depending on the results, the composition of the FIDE Council could change accordingly.

Once the FIDE Council was established, the President proposed to its members the creation of a new body, the FIDE Advisory Board. Its main task will be to present its recommendations to the different governing bodies of FIDE regarding the most important issues of the organization of chess life. The first Chairman of this Advisory Board will be the General Secretary of the AICF, Bharat Singh Chauhan, and so far Gulkiz Tulay, Vladimir Kramnik, Darcy Lima, Patrick van Hoolandt and Abdullah Salem Alwahshi have accepted the invitation to be members of this panel. 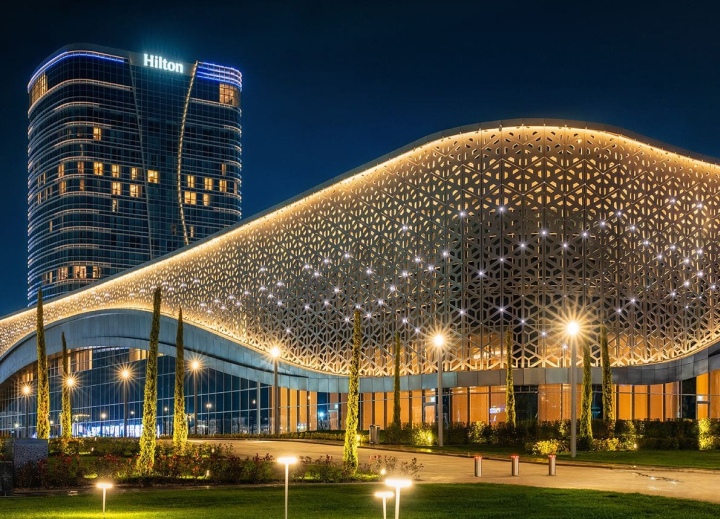 An important point on the agenda was the bid for the 2026 Chess Olympiad. The Uzbekistan Chess Federation announced the full support of its government to hold the event in their country and announced a budget of 12 million euros for the main competition, plus an additional 3 million for the Chess Olympiad for Players with Physical Disabilities.

The proposed venue is the brand new Congress Hall which is part of the Tashkent City International Business Center, one of the largest urban development projects in the Republic of Uzbekistan that, when completed, will cover an area of 80 hectares. However, the world-renowned city of Samarkand was also mentioned as a possible alternative due to its tourist attraction. At the same time that the General Assembly approved the bid of Uzbekistan, their young team scored a dramatic victory against India B, a decisive result that allowed them to bring home the gold medal. 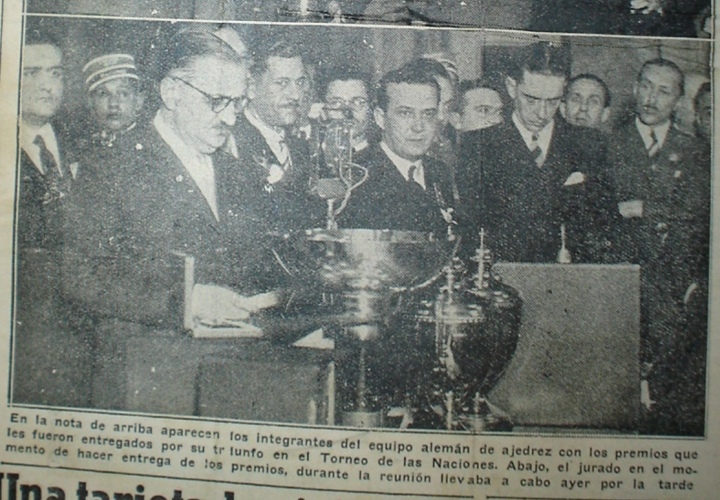 Augusto de Muro, President of the Argentinian Federation… and FIDE?

An interesting discussion was the one around the “missing FIDE President”, brought up by the FIDE Historical Committee. If we stick to the official records, Dutch lawyer Alexander Rueb was the first FIDE President, from 1924 to 1949. However, according to several sources, the President of the Argentinian Chess Federation Augusto de Muro was elected president of FIDE by the Congress held in Buenos Aires (1939) in the frame of the Tournament of Nations. Mr de Muro decided to accept this position, considering the war that had just broken in Europe.

There is solid evidence to back up this story. However, the validity of the decision made at the 1939 FIDE Congress is also under question due to some legal formalisms. The FIDE Management and the Historical Committee have been instructed to gather more information on this topic, and consult with researchers and legal experts. The General Assembly has granted the FIDE Council the right to decide whether to officially recognize Mr. de Muro as FIDE president or not. 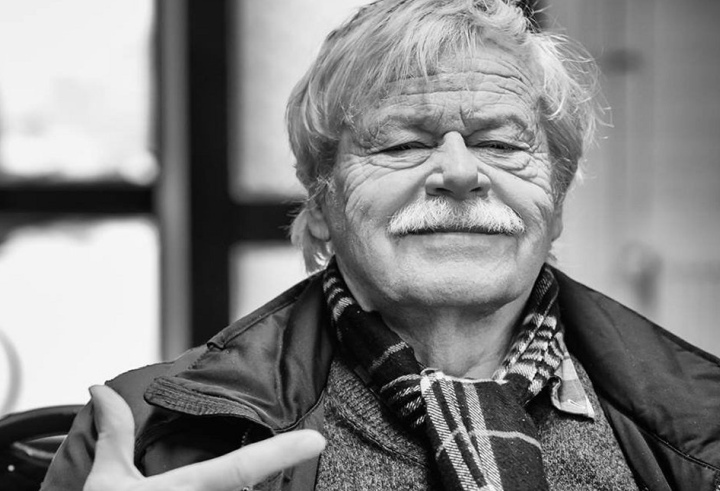 An important point on the agenda was the approval of new Rating Regulations for Rapid and Blitz Tournaments, which will be coming into force from October 1 2022. Following the proposal of Sabrina de San Vicente, Chair of the Qualification Commission, in the rating list published on October 1 2022, there will be a one-off change to the rapid and blitz ratings of players:

Another important change is that the “K” (development coefficient) will no longer be =20 for all players. From October 1 onwards, K will vary between =10 and =40, following these rules: 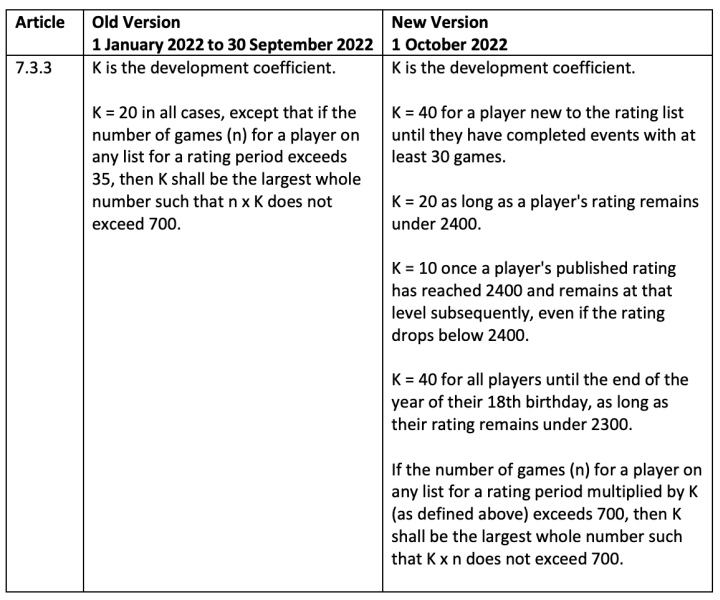 In the following links, you can find a comprehensive list of all the decisions made at the General Assembly and the FIDE Council meeting. If you click on the index, you can access all the attachments with the pertinent documents.

List of decisions at the 2022 2nd FIDE Council Meeting