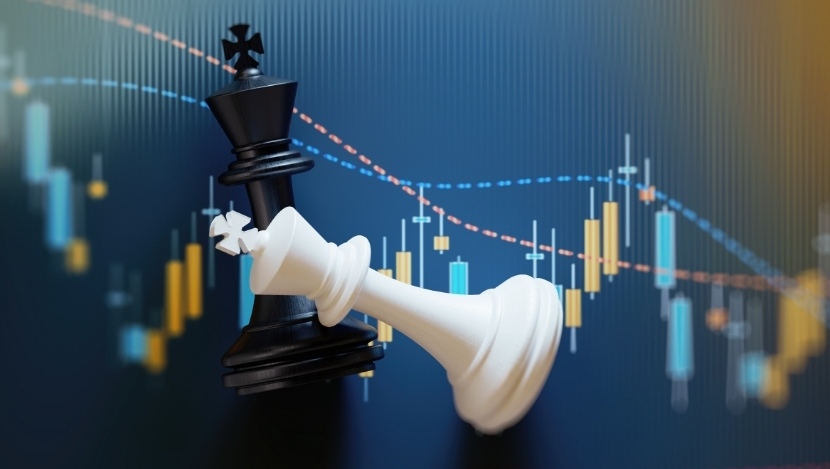 The top places in the overall and women’s lists were mainly affected by the European Club Cup 2022 and the U.S. Championship, with just minor changes occurring in the top 10. 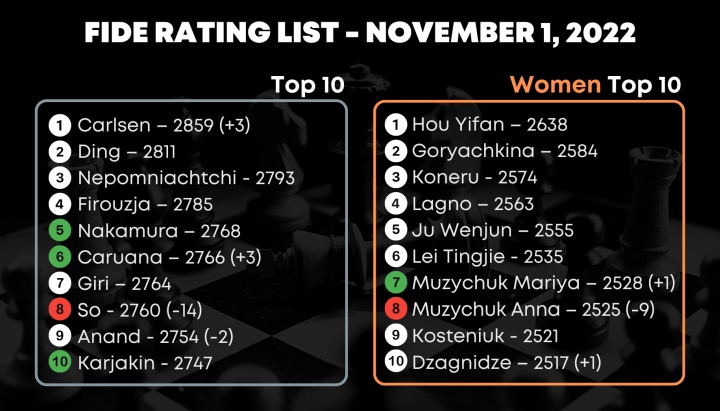 The winner of the U.S. Championship, Fabiano Caruana, picked up just 3 rating points, but it was enough to climb two positions up in the top-10 Open. The silver winner Ray Robson (pictured below) gained 12 rating points and cleared the 2700 barrier for the first time in his career. 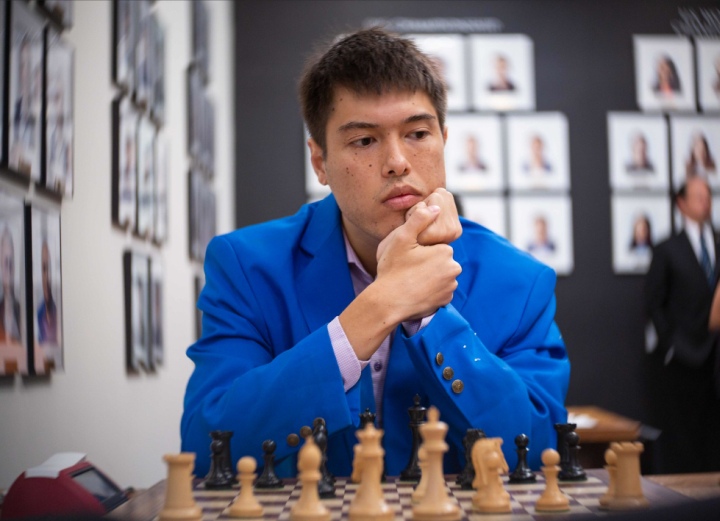 The primary rating beneficiary of this tournament is, however, Awonder Liang. Still outside the top 100 Open, the youngster picked 22 points and moved to 14th position in the top 100 Juniors. 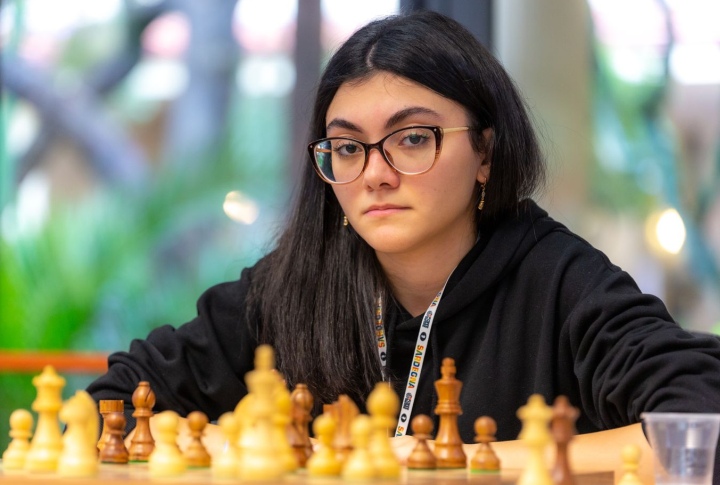 Govhar Beydullayeva (pictured above) deservedly won this nomination following her excellent performance at World Junior Championship (Girls U20), where she took the title. This result catapulted her from 98th straight to 62nd position in the top 100 women.

Diana Wagner earned impressive 30 points in October after putting up a strong showing in the Frauen Bundesliga and the Women’s European Club Cup. Yuliia Osmak and Aleksandra Maltsevskaya also did well in both competitions and picked up 14 and 13 points, respectively. Both Wagner and Maltsevskaya crossed the 2400 mark. 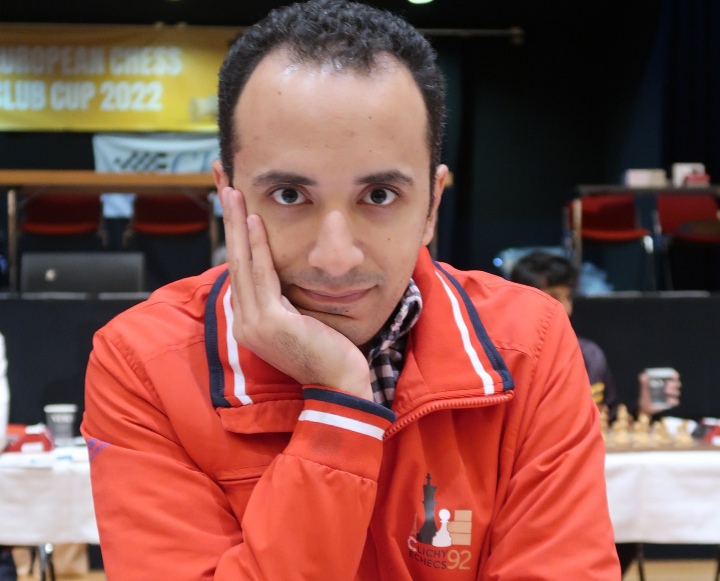 The #1 African player Bassem Amin (pictured above) shone in the most important team competition in October, the European Club Cup, where he netted 18 points and got closer to the 2700 mark. The same applies to Vidit Gujrathi and David Anton, who earned 13 and 12 points, respectively, in this event.

Sophie Millet also picked some points at European Club Cup but, more importantly, put up a strong performance at the 5th International Festival in Perpignan to gain 20 rating points and make a huge jump in the top 100 women.