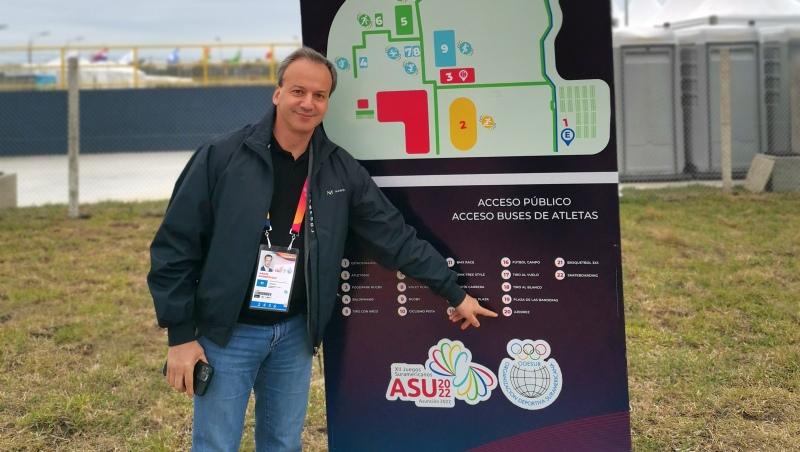 On October 9, President of the International Chess Federation (FIDE), Arkady Dvorkovich, arrived in Paraguay, accompanied by the Executive Director of FIDE, GM Victor Bologan and the Assistant to the President of FIDE, Konstantin Kiselev.

After arriving at noon, he went to the Olympic Park, one of the venues for the Asunción 2022 South American Games of the South American Sports Organization (ODESUR), where chess was being played along with other sports. 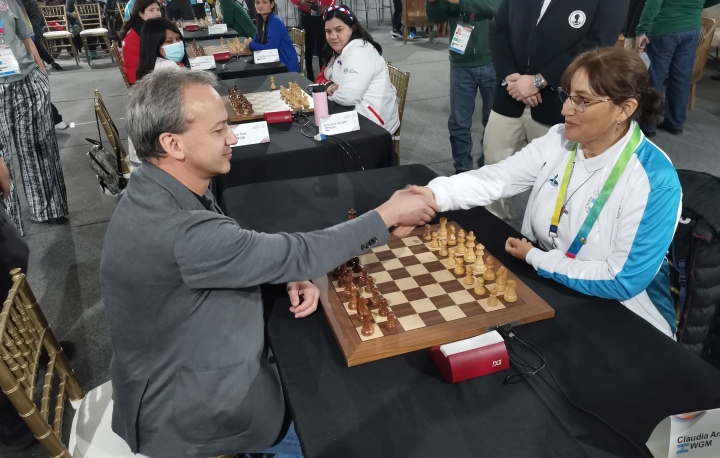 FIDE President watched the games in progress while enjoying the best ODESUR Chess. Between rounds, he mingled with fans, taking photos and signing autographs.

Once the official photos with the players, delegates and referees were taken, the President went on to observe the women’s soccer match between Paraguay and Chile, which the local team won 3-1. 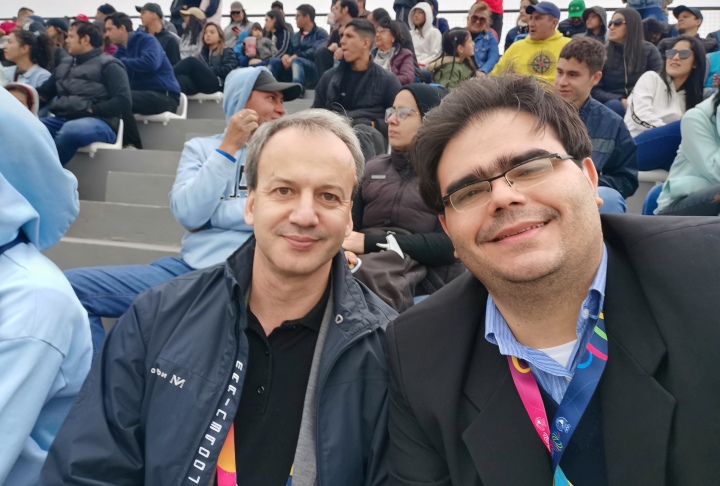 After making the tour of the facilities – the Velodrome, the field hockey stadium, the BMX Cycling stadium and the Skate stadium – Arkady Dvorkovich had lunch with leaders of the Paraguayan Chess Federation.

Later he returned to the Olympic Park for the Chess Olympiads award ceremony and gave the medals to the winners in six categories. They were emotional moments for the local public since the five Paraguay was awarded five medals Paraguay (two gold for Axel Bachmann, one Bronze for Gabriela Vargas and two Bronze for Teams).

Once the award ceremony was over, FIDE President had an audience with the President of ODESUR, IOC Member Camilo Pérez. In the said meeting, Mr Dvorkovich thanked the President of ODESUR for the opportunity to be part of Asunción 2022. He praised the rapid development of the game in South America and mentioned that chess would be considered an option to integrate into the official program of the South American Games. 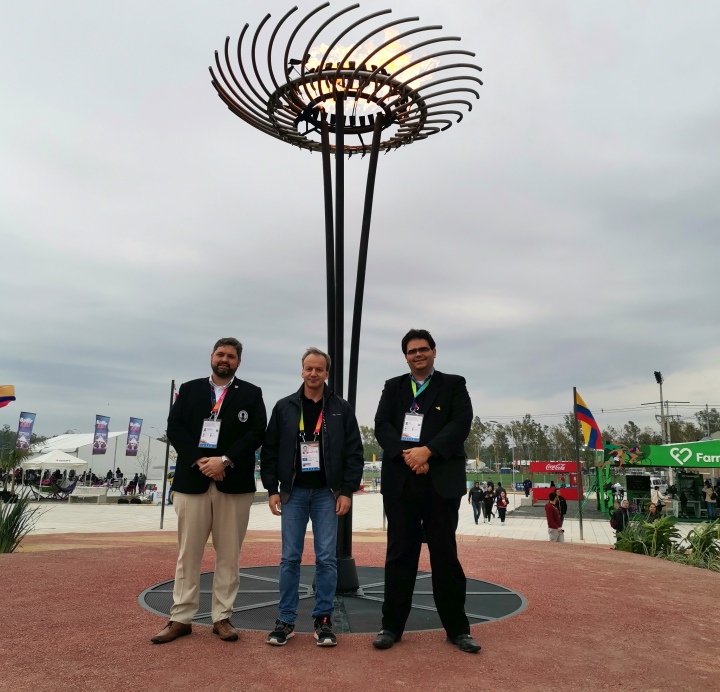 The next day the FIDE delegation was received by the President of the Argentine Olympic Committee, Mario Moccia, who is also Vice President of ODESUR. On occasion, they shared views on how to lead the initiative of incorporating chess into the Olympics.

Arkady Dvorkovich also visited the CONMEBOL museum, where he got acquainted with the history of South American soccer.