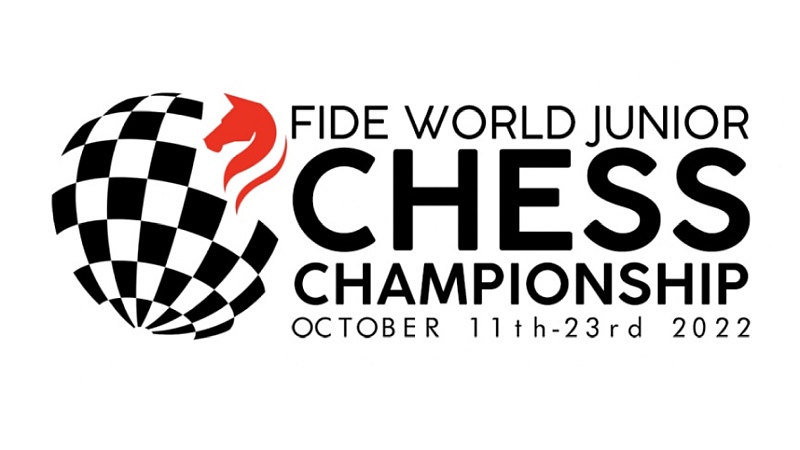 The 2022 edition of the FIDE World Junior Chess Championship in Palmasera Resort in Cala Gonone, Sardinia, crossed the halfway mark. After six rounds of play, the participants enjoy a much-needed day off. The organizers prepared various entertainment events for the players, such as Gulf Tour – a wonderful excursion along the coast of Cala Gonone, and the Jeep Excursion – a more extreme option of going to the mountains.

In the open section, as many as thirteen participants were heading in Round 6 with 4/5, but after some clashes on the top boards, the leading group dwindled to just four players tied for first place. 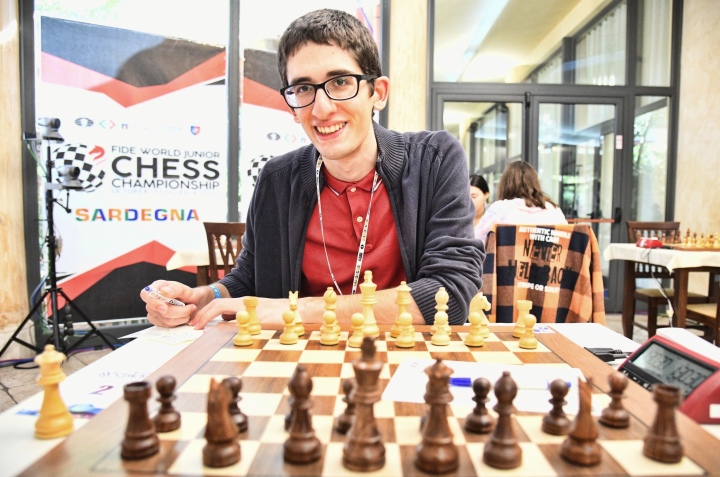 Frederik Svane, Nikolozi Kacharava (pictured above), Adam Kozak and Batsuren Dambasuren scored important victories and now share first place. A large group that includes the rating-favourite Andrey Esipenko is trailing by a half-point. Since most of the players at the top have not faced each other yet, we can expect some exciting battles at the final stretch. 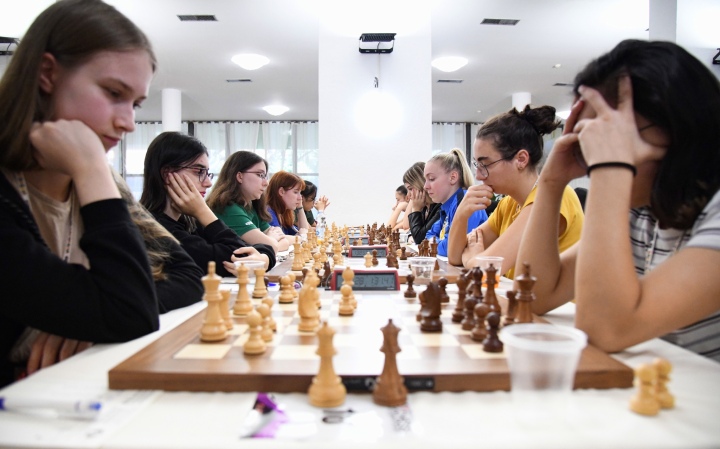 The girls section has also been a close affair, with Govhar Beydullayeva leading the field sitting on 5.5/6, just a half-point ahead of Meruert Kamalidenova, Nurgyul Salimova, and Assel Serikbay tied for second place. With five rounds to go, this tournament seems wide open as well.

An unfortunate incident occurred towards the end of Round 6. During a routine check, one of the players, Priyanka Nutakki, was found to have a pair of earbuds in her jacket pocket.

While there is no indication of foul play on her part, earbuds are strictly forbidden at the playing hall. Carrying these devices during a game is a violation of fair play policies, and it is penalized with the loss of the game and expulsion from the tournament. The point scored by Nutakki in Round 6 has been awarded to her rival, Govhar Beydullayeva.

The Indian delegation filed an appeal, but the Appeals Committee reconfirmed the decision.