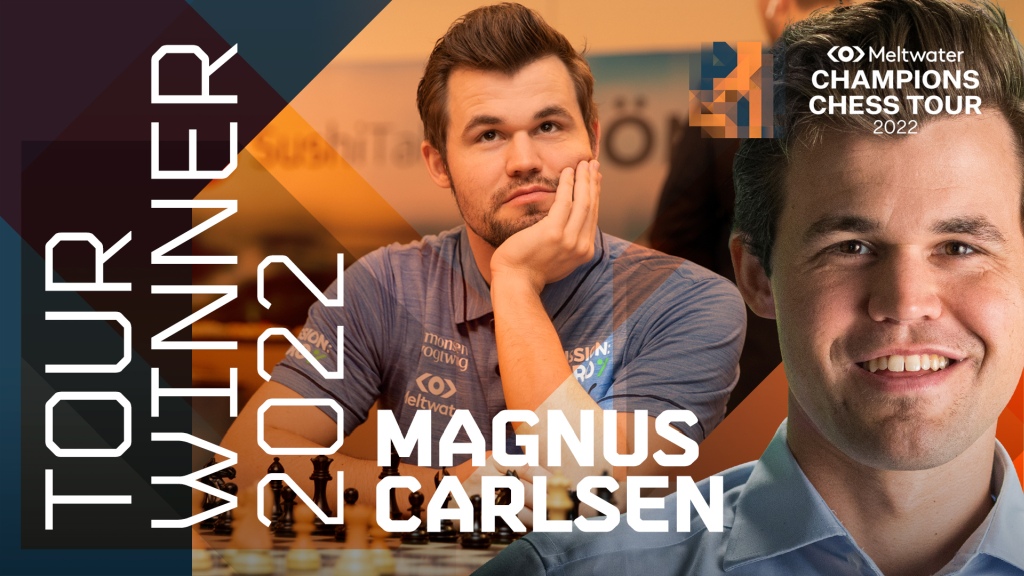 Magnus Carlsen sealed the overall Meltwater Champions Chess Tour title for the second year running – this time with an event to spare – after storming into the semi-finals of the Aimchess Rapid. Norway’s world number 1, going for a hat-trick of tournament wins in the Tour’s penultimate event, scooped a $50,000 prize on top of his overall winnings so far of $192,500 and the title of 2022 Tour Champion.

Going into today’s quarter-finals, Polish ace Jan-Krzysztof Duda was the only player who could catch him yet needed Indian teen Arjun Erigaisi to knock out Carlsen and then to win November’s final Major of the season.

The 31-year-old had to work in the opening game of his quarter-final match as Erigaisi played some of his best chess against the champ to go thee pawns up and set up a seemingly easy win. Carlsen, however, never gives up and opened his full box of endgame tricks to claw his way back into the game. Erigaisi wilted under the pressure and after 137 moves Carlsen escaped with a draw. 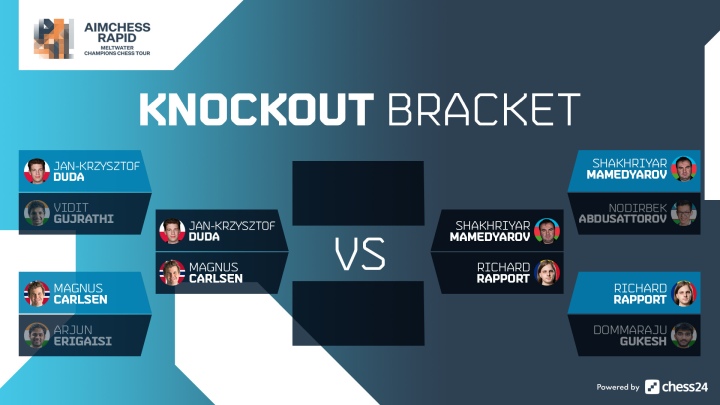 Carlsen, as he so often does, then took advantage of the Indian teen’s ebbing confidence to follow-up with two crushing wins. It ensured Carlsen’s relatively smooth passage into the Aimchess semi-final – where the Tour Champ and Duda will meet – and decided the 2022 Tour Champion.

Duda, playing from Krakow, dominated the prelim stage and carried his form into the knockout as he also beat his Indian opponent, Vidit Gujrathi, 2.5-0.5 with a game to spare.

Duda said: “I wouldn’t call it easy, I think it was unexpected that I won the match in three games.”

With Duda and Carlsen facing off in one semi, the other will be fought by Azerbaijani ace Shakhriyar Mamedyarov and Romania’s number 1 Richard Rapport with both overcoming teenage prodigies. 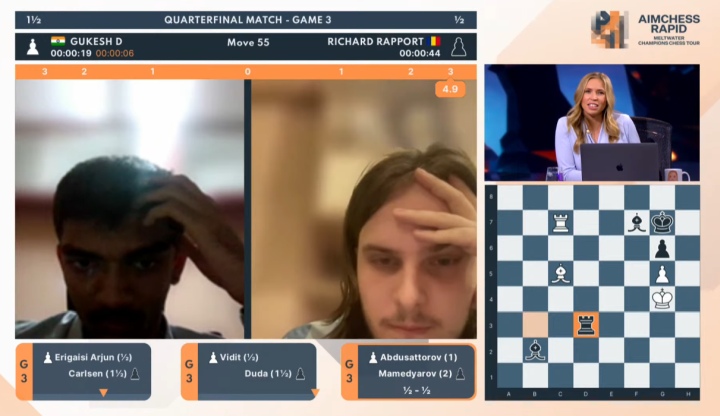 It meant all the teenagers were knocked out of the Aimchess Rapid.

Rapport beat Gukesh D who, like Erigaisi, scored a win against Carlsen in the prelim stage. It took Rapport 167 moves to triumph in an epic final game to deny his teenage opponent tiebreaks.

Meanwhile, the experienced Mamedyarov knocked out the World Rapid Champion Nordibek Abdusattorov 2.5-0.5. For Gukesh and Abdusattorov their runs to the last eight were hugely-impressive. 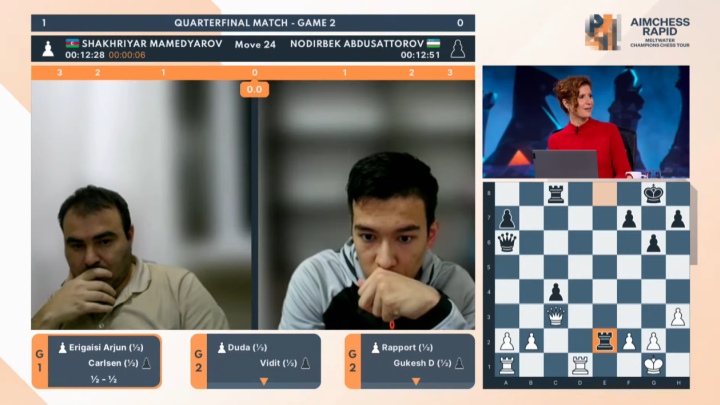 The semi-finals begin tomorrow at 18:00 CEST. Every move will be streamed live and for free on chess24.com/tour and on chess24’s Twitch and YouTube channels.