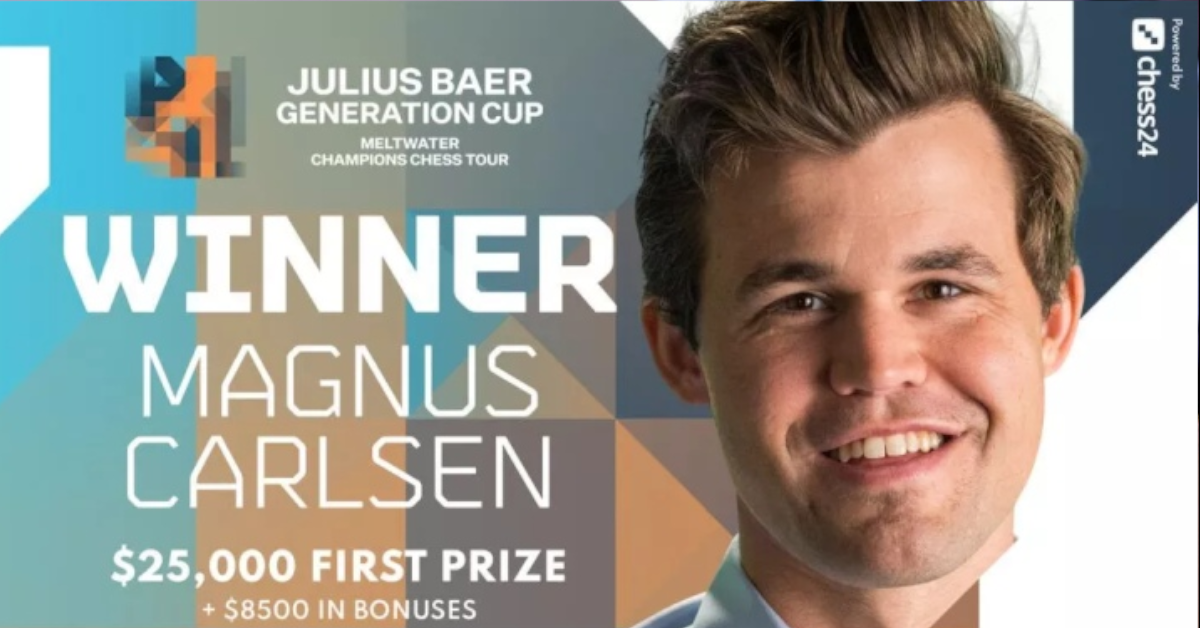 Norway’s world number 1 needed just two games to take the seventh leg of the Meltwater Champions Chess Tour, ending Erigaisi’s challenge 2-0. It is Carlsen’s fourth tournament win of the Tour season and extends his advantage at the top of the overall leaderboard. For 19-year-old Erigaisi, he can take huge credit for a stunning run to the final.

International Master Jovanka Houska said: “Magnus in killer mode. He’s just relentless. He really is not stopping here. If we had any doubt Magnus would slip up, he has come in here today in absolute fighting mode. He is the beast.”

“I’m very happy,” he said. “I played very much throughout this match ‘anti-young player chess’, in the sense I tried to play older, less theoretical lines that have some serious strategic complexity and it worked out very well.

Going into the last match today, Carlsen already had one hand on the trophy having ended beaten Erigaisi, one of India’s brightest talents, 2.5-0.5 yesterday.

Erigaisi, who has been so impressive throughout the event, simply folded again as Carlsen didn’t give him a chance.

There are two more tournament left in the 2022 Meltwater Tour, one Regular in October and one Major in November, to decide the winner. Carlsen and Erigaisi are already qualified for the eight-player Major in San Francisco.