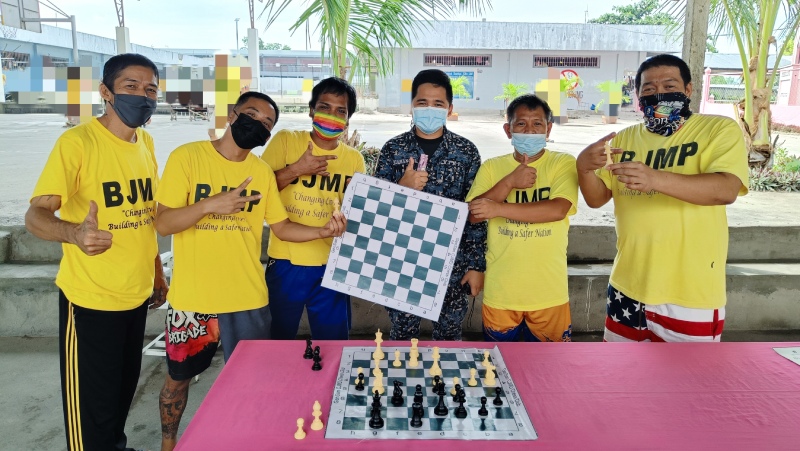 Teams of the Philippines and Mongolia became the champions of the second Intercontinental Online Chess Championship for Prisoners after winning the final of the biggest-ever chess event among correctional facilities. The tournament was organized by FIDE and the Cook County (Chicago, IL, USA) Sheriff’s Office and coincided with the International Day of Education in Prison.

The men’s section saw two matches: Colombia and the Philippines fought for gold, while El Salvador and India competed for the bronze medals. The Philippines won both their matches against Colombia (2.5-1.5 and 3-1) in the final and came out on top. The victory came as a result of the hard work of both players and prison officials. A year ago, the team finished 5th in the inaugural event. When preparing for the second championship, prisoners were trained by some Philippines’ strong chess masters, including Winston Silva, Shrihaan Poddar and Jail officer 1 Cedrix B Cabangal. Players worked on chess every day, watching videos and chess tutorials and analyzing their games. 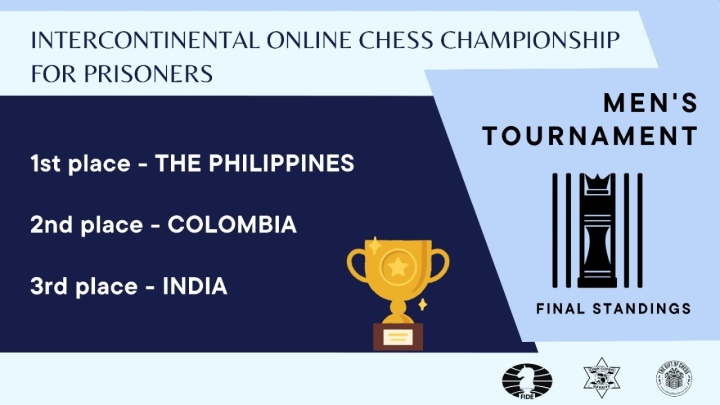 In the match for bronze, India prevailed over El Salvador.

“I would like to congratulate all participants, all teams, and everyone who was involved. I hope you enjoyed playing, representing your countries and, most importantly, that you improved your skills by learning and playing chess and communicating with other people. We all hope that at some moment of your life, you will be free to make your own choices, and chess will help you to make those choices rationally.” 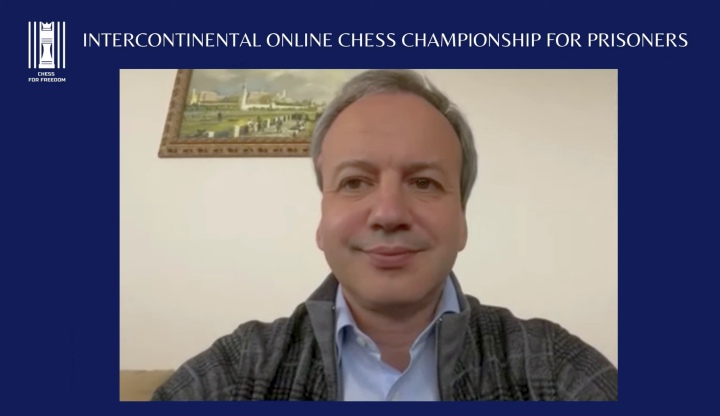 Final matches in men’s and women’s competitions ran concurrently. The Women’s final between Mongolia and Serbia ended with a victory for Mongolian team; Serbia claimed silver medals. The women’s match for third place between England and Trinidad and Tobago was not played due to technical reasons. Both teams shared third place. 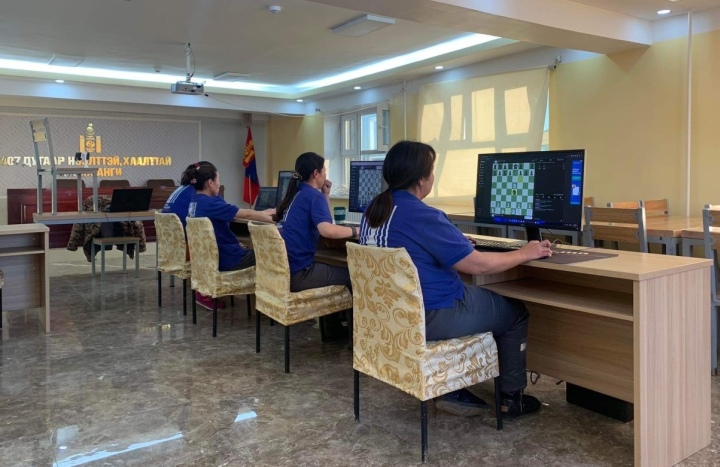 It is the second gold medal of the Intercontinental Championship for Prisoners under team Mongolia’s belt. A year ago, the country won gold in the open competition of the inaugural event. It was hardly a big surprise, as Mongolia has a long-standing tradition of teaching chess in prisons. Since 1956 chess tournaments have been organized in all correctional units of the country. 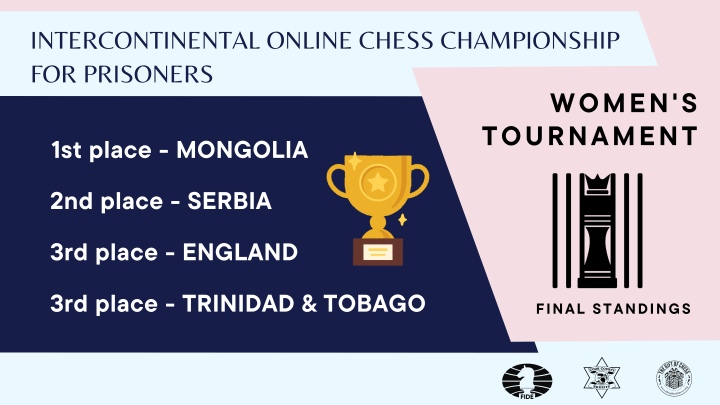 The winners were greeted by the Deputy Chair of the FIDE Management Board Dana Reizniece-Ozola: “I think that the fact that this is already the second year when we see the gold medals being awarded to Mongolian teams is proof of their dedication to Chess in Prisons programme that has been already running in Mongolia for decades. There’s no easy way to success; you have to work a lot and invest a lot of time and resources. My congratulations also to the other teams that participated. My understanding is that even though there are only three medals in each competition, you’re all the winners. You have increased your stress resistance and experience, strengthened your team spirit, and you have represented your country in this great event.”

In the youth section, the winners were determined on Friday, October 14. Team Serbia lifted the trophy after defeating England in the final. The bronze medal went to team Ecuador. 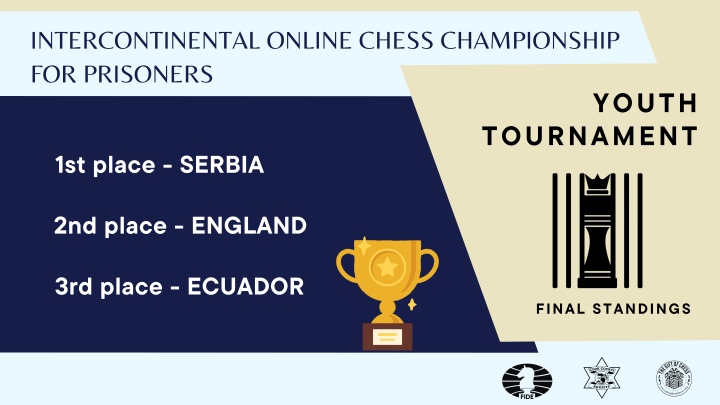 The three-day tournament aimed to popularize chess as an efficient tool for reintegrating incarcerated people stretched over five days from October 13-17, 2022. The event attracted 85+ teams from 46 countries representing all continents, providing an opportunity for inmates to play with their peers across the globe.