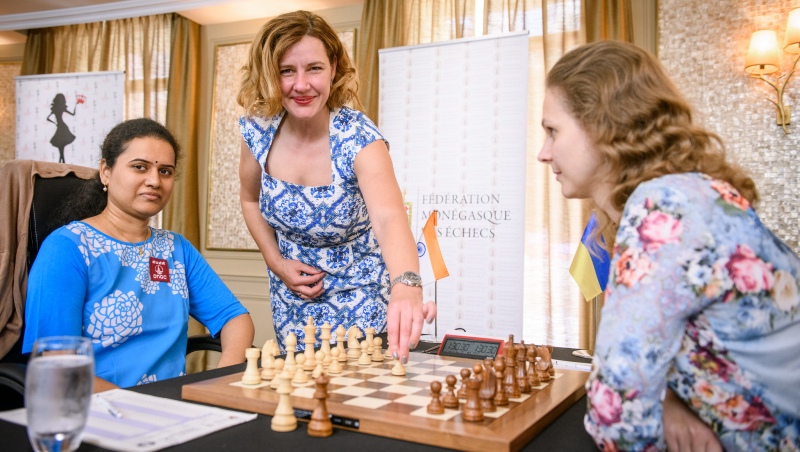 The first round of the 2022 Women’s Candidates tournament started with the encounters Lei Tingjie vs Mariya Muzychuk and Humpy Koneru vs Anna Muzychuk, with both Muzychuk sisters having black pieces.

The same first move (1.d4) was made by Zhu Chen, former Women’s World Champion and FIDE Treasurer and Dana Reizniece-Ozola, Deputy Chair of FIDE Management Board and ECU Deputy President in both games. 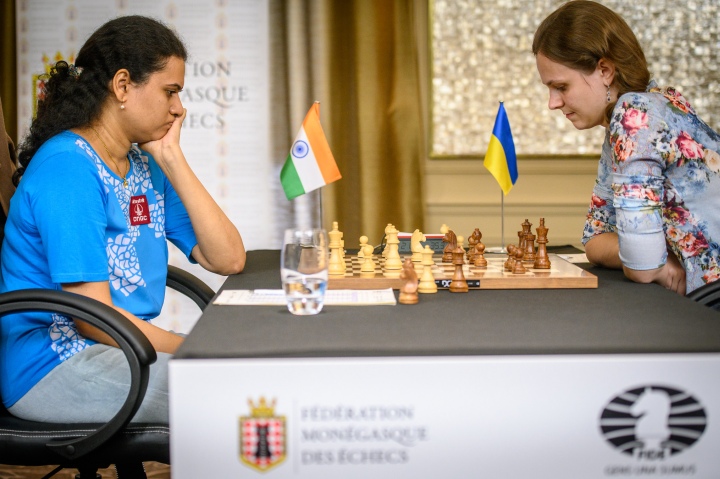 Humpy Koneru was the first to score a convincing win over Anna Muzychuk. Even though, according to Humpy, she did not expect the Queen’s Gambit Accepted by her opponent, she seemed to be more familiar with the emerging position. On move 15 Anna was forced to move her king, losing her castling option, but it would not have been that dangerous had she found the precise 16…Qb7! trading the queens.

After Anna missed this chance, the queens remained on the board, and White preserved some initiative. As Humpy said in the post-game interview, she felt confident when she saw Anna taking on h2. One more mistake from Muzychuk – 18…Bd6 (19…Be5 looks better) and Black’s position collapsed. The game ended with a very nice tactical shot – 23.Nd6! 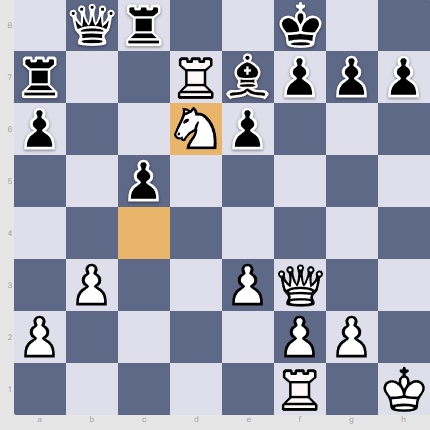 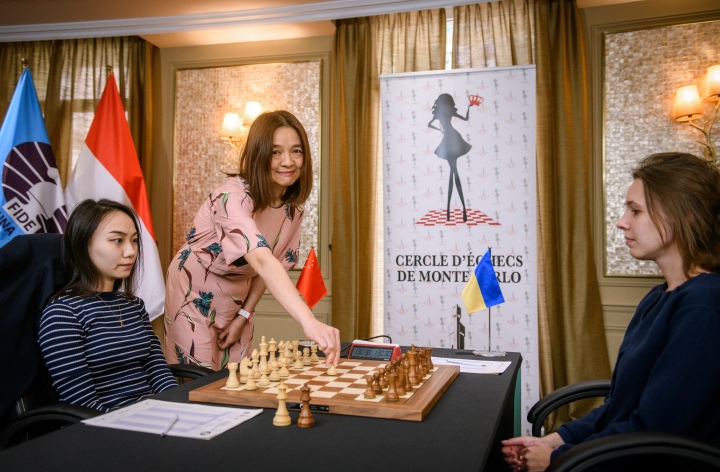 Lei Tingjie played a very high-quality game Mariya Muzychuk. After enjoying a comfortable advantage on the clock from the opening, Lei thought for a long time about the breakthrough 16.e4!? It seems she picked the right moment, as Black was slightly behind in development. Mariya’s reaction was not optimal. She decided to sacrifice her b7-pawn but did not get sufficient compensation.

A few moves down the road, she went for White’s b2 pawn, but it was a deadly waste of time. Lei regrouped her pieces and, after another powerful breakthrough in the center: 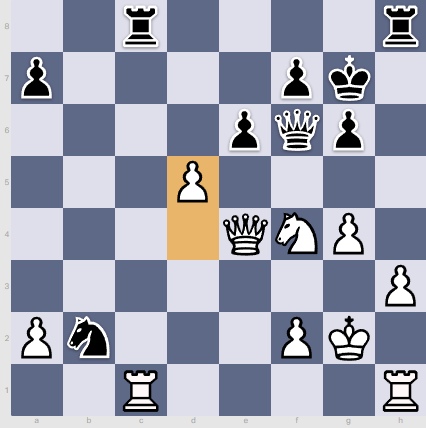 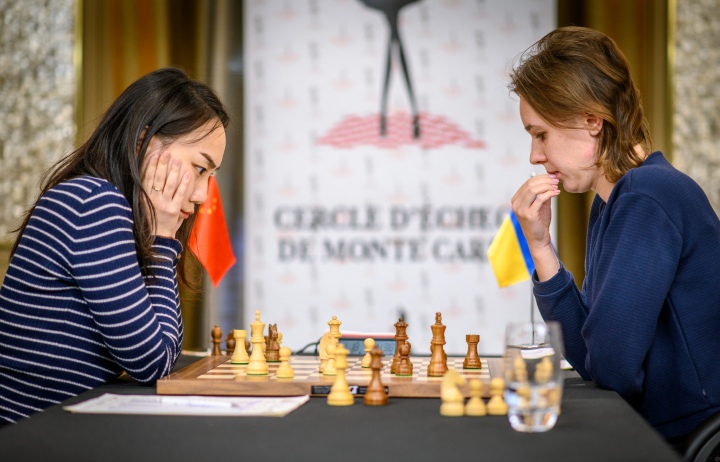 It a very exciting first round that produced two decisive outcomes. Humpy Koneru and Lei Tingjie made an important step toward the final, but the Muzychuk sisters will do everything in their power to strike back with White tomorrow.