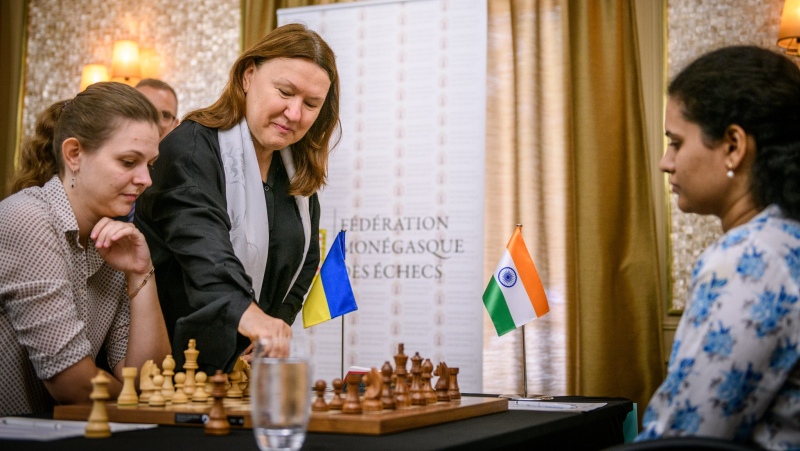 Women’s Candidates Pool A: A peaceful day at the office

The second round of the Women’s Candidates Pool A semi-finals was launched by Louis Starck, Hermitage Hotel General Manager and Inna Bazhenova, publisher of The Art Newspaper Group.

After their losses yesterday, both Muzychuk sisters were looking to bounce back with white pieces. Naturally, their opponents went for a very solid approach. Indeed, the well-reputed Petrov defence occurred in the Muzychuk – Humpy encounter as well as in the Muzychuk – Lei one.

Although having similar results and openings, the two games went in completely different directions as early as move 3.

In the Muzychuk-Koneru game, Anna thought for 38 minutes before playing 15.Bg5? in a slightly better position – the move chess engines consider to be a serious mistake. Humpy reacted in a great way and, after another misstep by Anna (18.Rxe6?), reached a position where she had a decisive advantage. 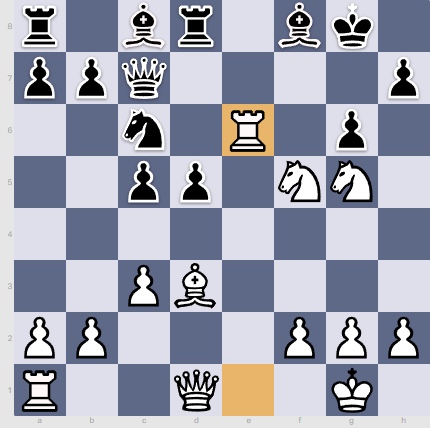 However, Humpy did not manage to find 18…Ne5! repelling all White’s threats and winning material. 18… Ne7 was played instead, which led to a draw by repetition on the move 28. 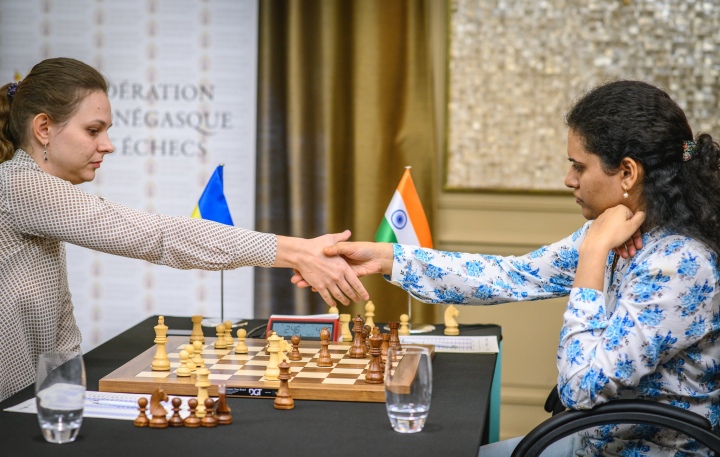 As for the Muzychuk-Lei game, it seems like the Chinese player never was in danger with the black pieces after showing some high-quality preparation. The opponents followed the footsteps of Vladimir Fedoseev and Richard Rapport up to move 14, where Lei deviated, but it did not change the evaluation of the position as roughly equal. A draw was agreed on move 40 in a dead-even rook endgame. 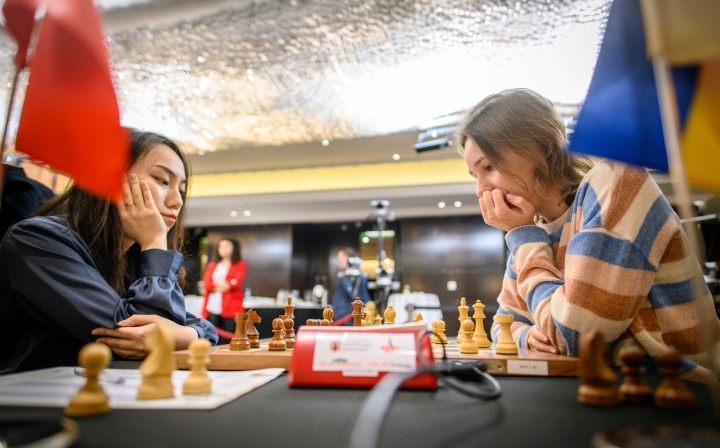 Tomorrow, on the 27th of October, there will be a rest day. Time for the players to recharge their batteries to provide even more excitement!