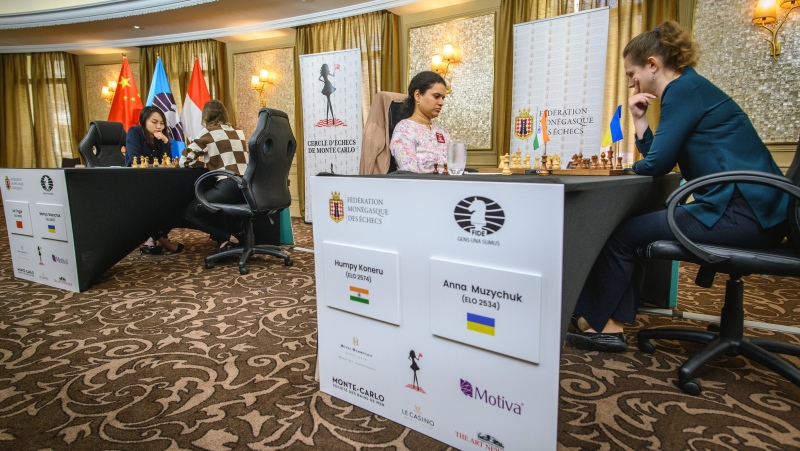 Women’s Candidates Pool A: The tension is rising

After the first rest day, on the 28th of October, the third games of the 2022 Women’s Candidates Pool A semifinals were played. Both encounters of the day saw some pressure from the black side: indeed, Anna and Mariya had the initiative against Humpy Koneru and Lei Tingjie, respectively. Although both games ended in a draw, an accurate defence was needed for that to happen. It particularly applies to the encounter between Lei Tingjie and Mariya Muzychuk, in which Black was very close to winning.

The first game to conclude was the Humpy – Muzychuk one. After some theoretical line of the Semi-Tarrasch that both players seemed to know well, Black introduced a novelty on the move 11 (the first line of Stockfish) and emerged a pawn up in the endgame but with the King stuck in the center. The game was roughly equal all along, and it even seemed like Black could have tested White’s defensive skills a little bit had Anna played 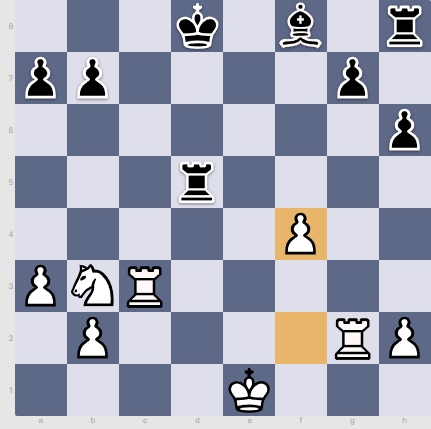 All in all, the opponents played a clean, high-quality game that logically ended in a draw. 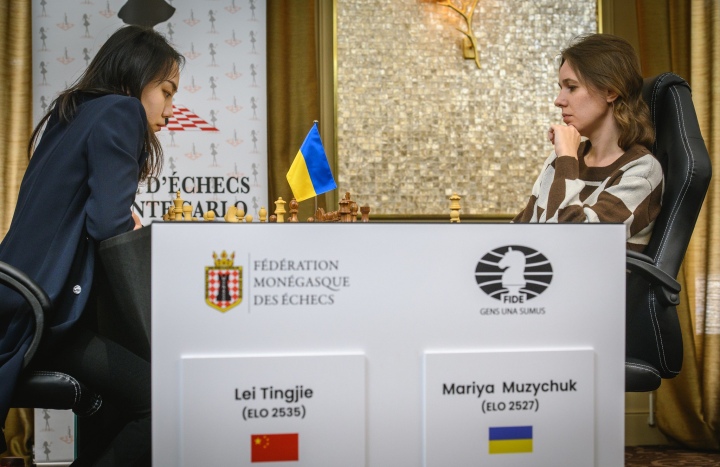 As for the second game between Lei and Muzychuk, it seems like Black missed a clear win. After the queens were exchanged early on in a rare line of Slav Defense, Mariya gradually outplayed her opponent in the ending. She took control of the g-open file, the only available one in the position, and infiltrated with her took into White’s camp. Unfortunately, when Mariya was on the verge of finishing things off, she got off track: 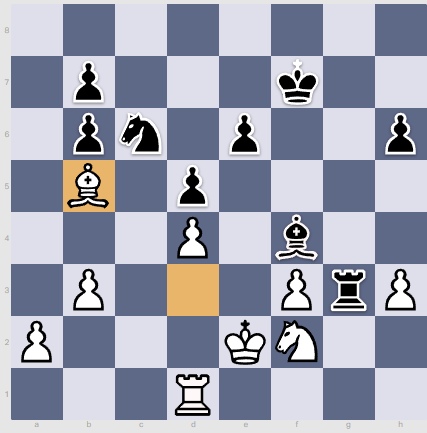 Mariya missed 43…Nb4! preserving her knight from the exchange with excellent winning chances. Instead, she played 43…Ke7 and after 44.Bxc6! Lei held a draw with relative ease despite being down a pawn.

Tomorrow, the 29th of October the last round of the quarterfinals will be played. Both Muzychuk sisters will have White pieces in a must-win situation. Stay tuned to see if they will manage to even the score and force their opponents to what would be an exciting tie-break!